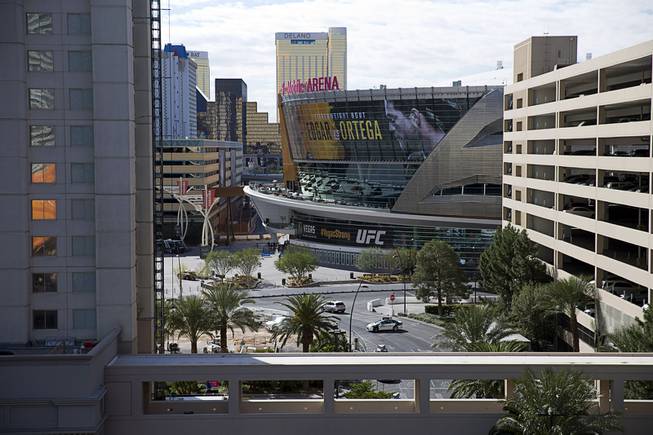 A view of T-Mobile Arena from the South Primrose Veranda during a tour of the new Aria East Convention Center Thursday, Feb. 15, 2018. 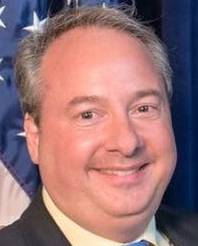 Jay Bloom is a local businessman and real estate investor who serves on both the Metro Police Use of Force Board and Civilian Review Board.

Jay Bloom sees how successful the NHL has been in Las Vegas — the sellout crowds and game-night buzz on the Strip, loyal fan base and excitement created by deep playoff runs.

He knows the Raiders will also be a success, especially in bringing money to town for an NFL weekend.

He’s also convinced an NBA franchise would flourish here. After all, this is a basketball city, and one that’s hosted the NBA Summer League, USA Basketball training and many college conference tournaments. Most are standing room only.

Bloom, a Las Vegas businessman and investor, is the point man for a group that aims bring an NBA team to the city. It’s long believed the league will eventually expand from 30 teams to 32, and what better spot than Las Vegas, Bloom proudly says.

The league last expanded in 2004 when it returned to Charlotte.

An NBA spokesman did not immediately return an emailed message Friday evening, but NBA Commissioner Adam Silver in February told the Associated Press that expansion of the league is “inevitable.” Some feel Las Vegas and Seattle would be leading contenders. ESPN reported in January that the expansion fee alone would be $2.5 billion, and both Seattle and Las Vegas should have multiple interested ownership groups.

“We have the resources and the desire to do so. That said, the NBA hasn’t made the decision yet that they want to do an expansion franchise,” Bloom said.

Bloom cautioned that the process of securing a franchise is “in the very early stages,” but said he believes the pieces are in place to make a serious push.

Bloom said “all options” would be on the table as far as a venue where the team would play, including the Golden Knights’ home of T-Mobile Arena. Bloom said it’s too early to nail down specifics of their proposal, stressing “there’s a lot of internal work we need to do. There are a lot of options and we’re exploring all those options right now.”

Bloom, who moved to Las Vegas from New York 17 years ago, said he began putting together a group of investors about a year ago. He said he also explored the possibility of buying the Minnesota Timberwolves.

In 2017, his real estate investment company, First 100, won a $2.2 billion judgment against a Cambodian-born billionaire who defaulted on $160 million in promised funding. He previously owned the former Mob Experience attraction inside the Tropicana.

Las Vegas, of course, is at the top of the list for franchises and sports leagues because of the success of the Golden Knights. The Oakland A’s of Major League Baseball are exploring relocating here, with owner John Fisher and team officials touring multiple sites throughout town late last month.

“What Bill Foley and his ownership group have done with the Golden Knights has been amazing,” Bloom said. “That franchise has come so far in such a short period of time, and there’s no question that (owner) Mark Davis has had tremendous success out of the gate with the Raiders. Our WNBA team is also nipping at the heels of a championship, so there’s an energy around pro sports in Las Vegas that I haven’t seen in any other market.”

Lou Williams not happy with ref after Gallinari gets a technical foul | Warriors vs Clippers, Game 1

How the Three Texas NBA Teams Performed This Season?

Lou Williams not happy with ref after Gallinari gets a technical foul | Warriors vs Clippers, Game 1